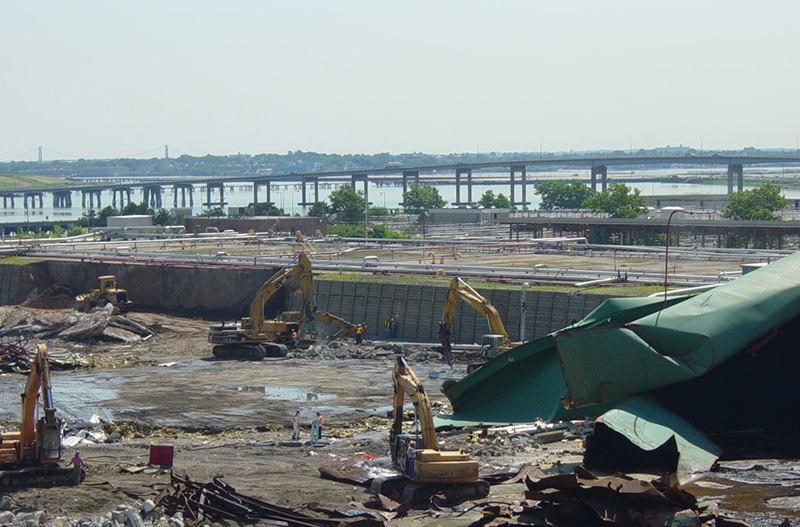 R Baker & Son's patented P3 pigging process was utilized during the draining, cleaning, decomissioning and recycling of product tank and pipe lines. This phase of the project was performed by R. Baker & Son 40 Hour Hazmat trained crews. In completion of the project all voids and depressed areas were graded for safety.