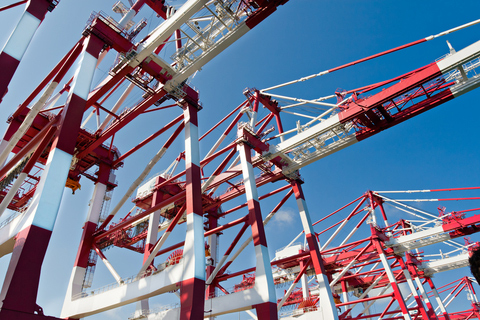 Port of New York and New Jersey home to some of world’s largest container cranes.

As part of a major expansion of the Port of New York and New Jersey, three massive shipping cranes have been erected at the Port Newark Container Terminal (PNCT) on Newark Bay. The cranes, classified as super-post-Panamax, among the largest container cranes in the world, will allow the port to accept larger cargo ships that will begin shipping directly from Asia to the East Coast once the Panama Canal expansion is completed in 2015.

The $500 million PNCT expansion is part of a larger effort that includes dredging of channels in New York Harbor as well as a $1.3 billion project to raise the height of the Bayonne Bridge to allow larger ships to reach terminals in Newark and Elizabeth.