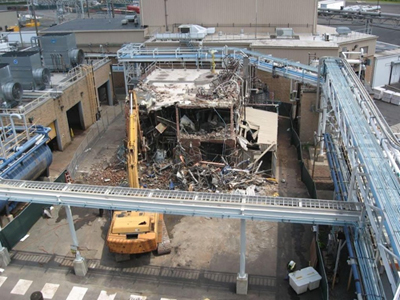 ENR Magazine has announced it's Rankings for 2012 and R. Baker and Son All Industrial Services, an expert rigging, demolition, machinery moving and equipment relocation contractor, was ranked by New York Construction Magazine as the #1 demolition and wrecking contractor in the Tri-State area of New Jersey, New York and Connecticut for 2012.

This is R. Baker & Son All Industrial services fifth year in a row to be ranked on the Top Specialty Contractor ranking list. The company is very proud of this feat considering the tough economic climate and attributes its success to their commitment to safety and performance as well as exceeding their client’s expectations.