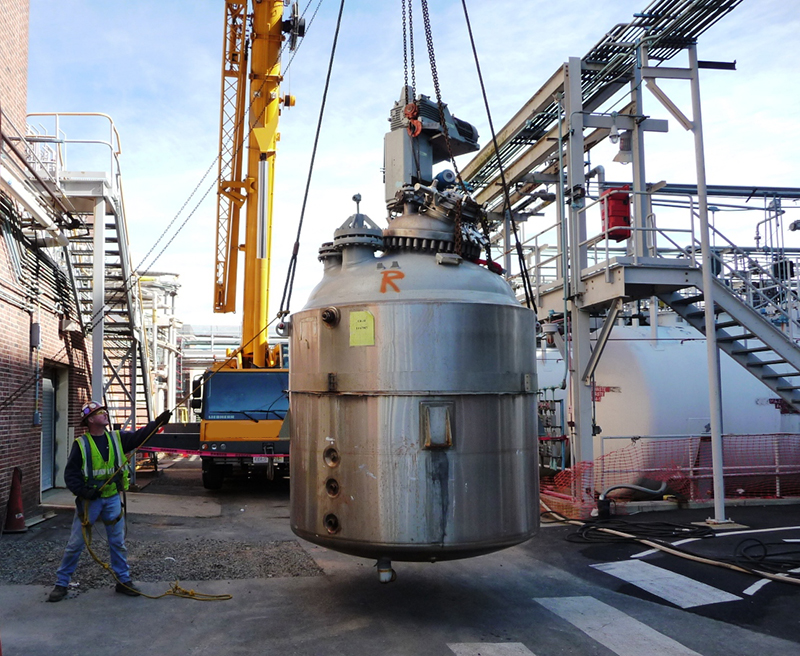 Critical dismantling and demolition projects, such as medical facilities, pharmaceutical plants, data centers, advanced manufacturing, etc., require enabling work for the project to move forward. This was the case in a large enabling project R. Baker & Son recently completed for a pharmaceutical plant in New Jersey.

It was imperative on this particular project that ongoing plant operations could continue without interruption. This requirement added another level of complexity to the planning and execution of the project and required close cooperation with the client during an extensive planning process, as well as through the application of value engineering to keep project costs in check. Through this intense scrutiny it was determined that the project would proceed with meticulously-planned enabling phases. These included demolition and rigging performed by R. Baker & Son as well as electrical, mechanical, site utility work, and excavation performed by other subcontractors.

The phases consisted of the following:

Once the exacting enabling phases had been completed, without interrupting operations as required by the client, the remaining phases of demolition and construction proceeded smoothly and on schedule. The project was ultimately completed successfully to the client’s full satisfaction.