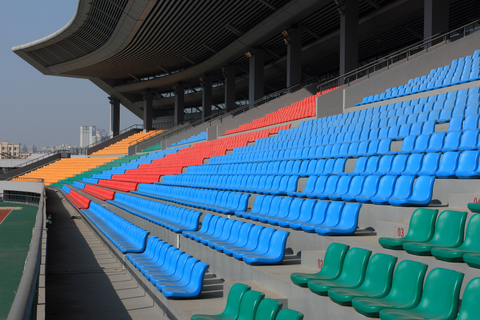 Stadiums for professional sports teams are hubs of entertainment for millions of people around the country, and many of us feel a deep nostalgia for our favorite teams’ stadiums. But, like most things, stadiums that were once shiny and new become old and antiquated, and it becomes necessary to replace them with new. Older stadiums lack the seating capacity, private party boxes, restaurants, concession stands, and restroom facilities to meet modern standards, not to mention Jumbotrons, large monitors, and lighting and sound systems. This means total demolition of the old stadium to make way for the new.

In many stadium construction projects, the new stadium is erected, oftentimes directly adjacent to the old stadium, before the old stadium is demolished so there is no interruption to the sports teams’ seasons. Then, everything of any sentimental value – seats, signs, pieces of the scoreboard, grass from the outfield – is recovered from the condemned stadium for sale to the highest bidders. Seats from Yankee Stadium can still be found on eBay for $450.

For some stadiums, such as Yankee Stadium and Giants Stadium, total demolition is performed by cutting, chopping and removal by multiple hydraulic excavators and other high-reach equipment. Other stadiums, including Texas Stadium and Seattle’s Kingdome, are reduced to rubble by controlled blast. Due to nostalgic value, stadium demolition is usually well-documented through time-lapse photography, news coverage, and of online videos. The implosion of Texas Stadium was a festive-yet-bittersweet public event preceded by fireworks and attended by 25,000 spectators. Once demolished stadiums have been replaced with parking lots for new stadiums, retail properties, open space, and theme parks.